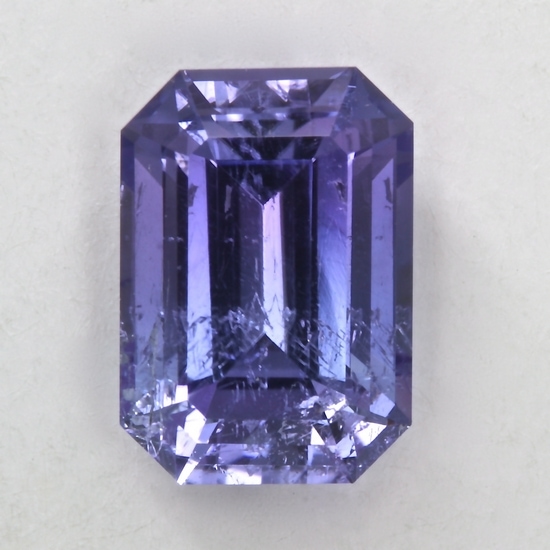 The choice of what to write on this page finds it roots in surfing the internet. There are many parts of the saga of tourmaline that I could not care less about, whether they are true or not. My indifference to tourmaline’s mystic and health issues keeps me from endless reading exact duplicates of pages, on numerous sites. But when it comes to color issues and chemistry, the endless repetition of statements present as the truth, when it is physically impossible, really gets me going. I have picked two examples of what gets me going, in regards to tourmaline.

Lithium is an essential element in elbaite, an important member of the group of closely related naturally occurring chemicals (minerals) call tourmaline in gemology and mineralogy. Essential means just that, you can not have elbaite without lithium, by definition. Also the vast majority of tourmalines that are cut into gemstones are elbaite. This is being clearly supported by a slew of modern, powerful, analytical methods. So what am I building up to. Pure elbaite is colorless and since lithium is an essential element in elbaite, lithium can not color elbaite. Also, any reasonably competent chemist or chemistry book would have the knowledge, based on fundamental chemical principles, that lithium can not be a chromophore in tourmaline, period. (in anything period)

I have not found the alleged coloring of elbaite by lithium on the inter net very much, but when I was in high school (1965 or so) I thought I was both pretty good in chemistry and gemology. But I freely passed on, what I had read in my sources of knowledge about gemstones, that lithium made tourmaline pink. I never did my homework until years later.

Now an analogous situation that has arisen more recently, because the importance’s of yellow tourmaline in the trade, is a relatively recent event. I had purchased yellow tourmaline rough from East Africa long before “canary” was discovered, but there never has been much of the wonderful, pure, bright yellow color in tourmaline around. I bring this up because without an economically important amount of a gemstone, there is little incentive to promote it or to write about it for the general public. Without the public’s interest and the need for the trade to develop more interest, the endless echos of one “authority’s” mistake do not blight the inter net.

I think the mistake started when a well known and respected color gemstone organization set out to tell the public everything about colored gemstones on the internet. In the case of yellow tourmaline, the only really important assertion that is made in the brief piece, is about traces of magnesium coloring tourmaline, yellow. Now magnesium is not essential to elbaite (dravite is the tourmaline with essential magnesium and it is also colorless when pure), but the element can not be a chromophore in tourmaline or anything else for that matter, based on its electronic configuration. Now I could go into unpaired electrons and transition elements with unfilled shells along with quantum mechanics, but I would just be trying to do the work that any decent chemistry books has refined to an art form. Check it out and be freed from the echos of one writer’s mistake.

ELBAITE, LITHIA TOURMALINE AND ITS “DISCOVERY.

Well I found an internet page that actually had an original learning paragraph on Elbaite. It was so original that it got almost everything wrong. Most of the missed points I have gone over at least one time on these pages and I am not going to carry on about them again, but the humdinger that I want to talk about here is the declaration that the hitherto unknown subspecies Elbaite was discover on the island of Elba in the early 20th century. This is a prime example of someone who has read a little about tourmaline without any depth of understanding.

Lithia tourmaline was described for science based on the examination of material from a location on the island of Elba many years after it was well known in Europe. One reason for the late date for the description of Elbaite is that Europe is very poor in suitable locations for finding Elbaite where it has been formed in the rock. Also material from Ceylon and the east, where Elbaite is found in some abundance, was most probably alluvial in nature or at least from deposits that were not accessible to scientist that were capable of describing the origin of the mineral.

Finally even the name “Elbaite” is a late bloomer that was introduced into the literature in the 1960s and did not come to be preferred over Lithia tourmaline until much later.